In this New Year’s Day performance, Laurent Pelly’s storybook staging of Massenet’s Cendrillon, a hit of the 2017–18 season, is presented with an all-new English translation in an abridged 90-minute adaptation, with mezzo-soprano Isabel Leonard as its rags-to-riches princess. Maestro Emmanuel Villaume leads a delightful cast, which includes mezzo-soprano Emily D’Angelo as Cinderella’s Prince Charming, soprano Jessica Pratt as her Fairy Godmother, and mezzo-soprano Stephanie Blythe and bass-baritone Laurent Naouri as her feuding guardians. This live cinema transmission is part of the Met’s award-winning Live in HD series, bringing opera to movie theaters across the globe.

Buy tickets for Cinderella live in the opera house here.

Timeline for the show, Cinderella—Holiday Presentation 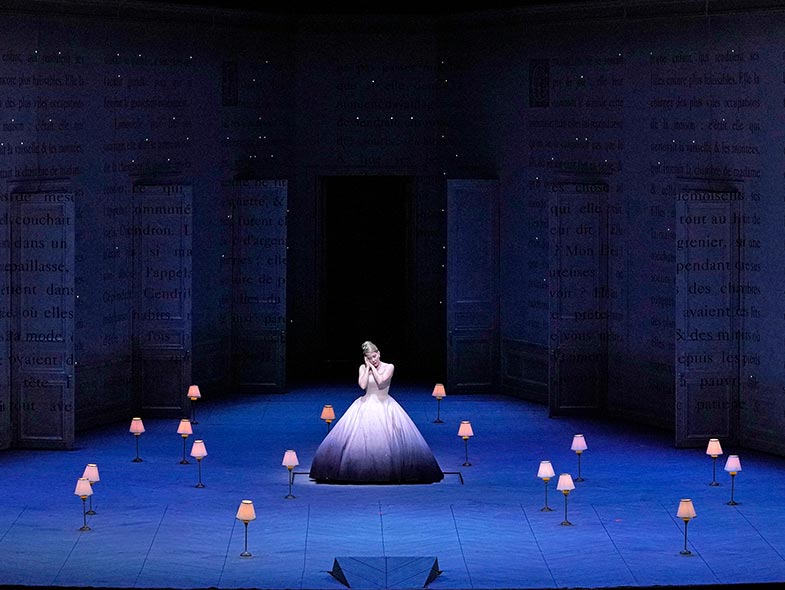 World Premiere: Opéra-Comique, Paris, 1899
Charles Perrault’s 1698 fairy tale, the classic telling of the Cinderella story, is an excellent source for an opera—providing color, romance, and relatable themes for audiences of all ages. The work includes many moments in which Massenet is at his best and most widely accessible, from the pageantry and glowing musical nostalgia for the French baroque in the court scenes to the otherworldliness of the love music to the wit and humor that permeate the work as a whole.

Jules Massenet (1842–1912), a French composer wildly popular in his day, was noted for his operas, songs, and oratorios. The libretto for the opera’s original French version, Cendrillon, was fashioned by Henri Cain (1857–1937), a dramatist known for providing libretti for operas, including several by Massenet. The Cinderella story was written by the French author Charles Perrault (1628–1703), who, beyond crafting a number of famous fairy tales, was a noted academic of his time. Kelley Rourke, who created the new English translation for this season’s presentation, is a librettist, translator, and dramaturg whose work has also appeared at English National Opera, Welsh National Opera, Scottish Opera, Washington National Opera, Opera Theatre of Saint Louis, and the Glimmerglass Festival, among others. 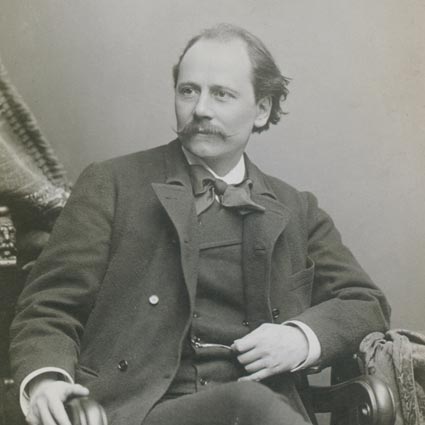 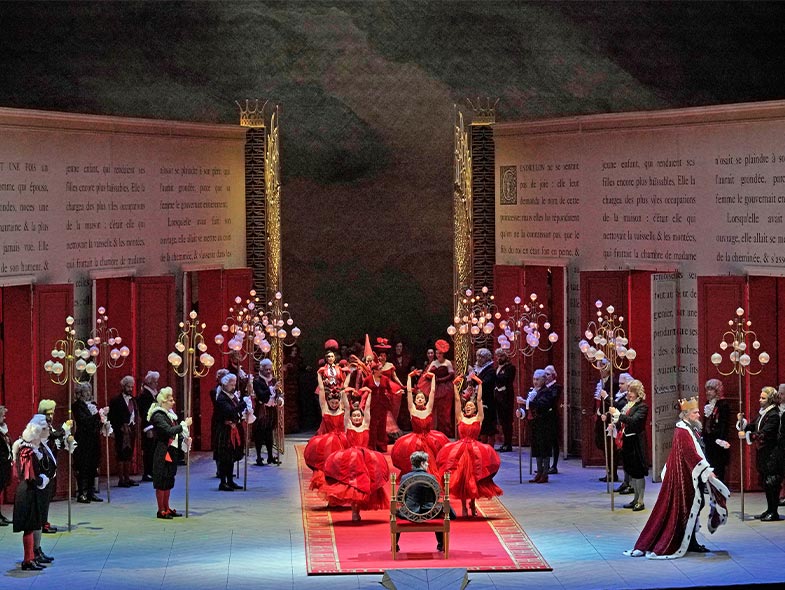 Perrault’s originally story was published at the end of the 17th century, and the opera and its music preserve references to that era of lavish court entertainments and clear-cut distinctions of social hierarchies. It is, however, a fairy tale, and as such, it takes place in an indeterminate past in which magic, whimsy, and love at first sight are features of everyday life.

Magic in the Air

Massenet’s score features a preponderance of the lower female voices—including a mezzo-soprano as the object of Cinderella’s affection—that were so favored by French composers in the 19th century. The result is an otherworldly yet sensual tonal palette that serves as a rich background for this familiar tale. Against all the fairy-tale wonder of the score, the title character and her prince are recognizably human. Their love duet is a masterful moment emblematic of Massenet’s elegant style: The prince is lyrically effusive, while all of Cinderella’s gushing emotion is expressed in refined yet poignant phrases.