Fire Shut Up In My Bones

Page Navigation for: Fire Shut Up In My Bones

Yannick Nézet-Séguin conducts Grammy Award–winning jazz musician and composer Terence Blanchard’s adaptation of Charles M. Blow’s moving memoir, which The New York Times praised after its 2019 world premiere at Opera Theatre of Saint Louis as “bold and affecting” and “subtly powerful.” The first opera by a Black composer presented on the Met stage and featuring a libretto by filmmaker Kasi Lemmons, the opera tells a poignant and profound story about a young man’s journey to overcome a life of trauma and hardship. James Robinson and Camille A. Brown—two of the creators of the Met’s sensational recent production of Porgy and Bess—co-direct this new staging, which appears in cinemas on October 23. Baritone Will Liverman, one of opera’s most exciting young artists, stars as Charles, alongside soprano Angel Blue as Destiny/Loneliness/Greta, soprano Latonia Moore as Billie, and Walter Russell III as Char’es-Baby. This live cinema transmission is part of the Met’s award-winning Live in HD series, bringing opera to movie theaters across the globe.

Content Advisory: Fire Shut Up in My Bones addresses adult themes and contains some adult language.

An opera by Terence Blanchard

Based on the Book by ‎Charles M. Blow

A co-production of the Metropolitan Opera, LA Opera, and Lyric Opera of Chicago

Languages sung in Fire Shut Up In My Bones

Title languages displayed for Fire Shut Up In My Bones

Timeline for the show, Fire Shut Up In My Bones 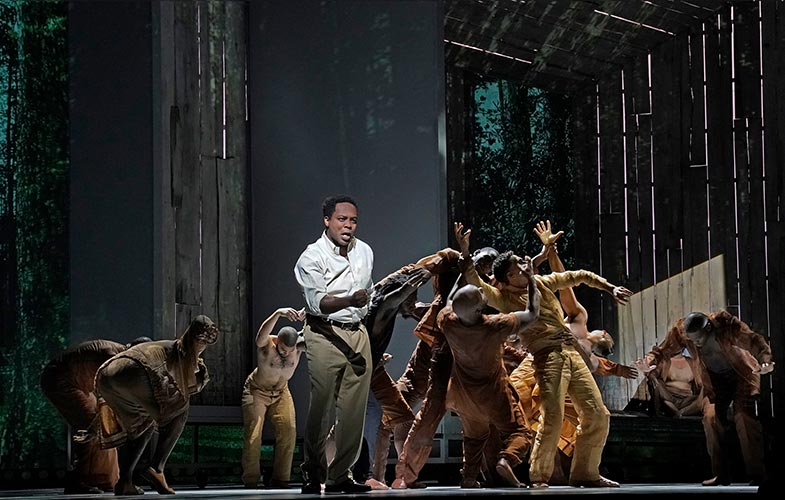 World premiere: Opera Theatre of Saint Louis, 2019
The second opera from six-time Grammy Award–winning trumpeter and composer Terence Blanchard, Fire Shut Up in My Bones makes history this season as the first opera by a Black composer to be performed by the Met. But beyond this important milestone, the work itself takes audiences on a profound, often painful, musical and dramatic journey. To tell this story, Blanchard conjures a sound world that weaves together jazz and gospel idioms, probing and incisive melodies, and an intricate orchestral palette.

Terence Blanchard (b. 1962) is a celebrated composer whose many works express his roots in jazz but defy further categorization. A prolific creator in a wide variety of forms and genres, he is especially celebrated for his close collaboration with director Spike Lee and his accomplishments as an award-winning composer of more than 60 film scores. Charles M. Blow (b. 1970) is a noted journalist and commentator. He is a regularly featured op-ed columnist for The New York Times and an anchor for the Black News Channel. The libretto for Fire Shut Up in My Bones marks the first foray into opera for Kasi Lemmons (b. 1961), a noted writer, actress, and director.

James Robinson and Camille A. Brown 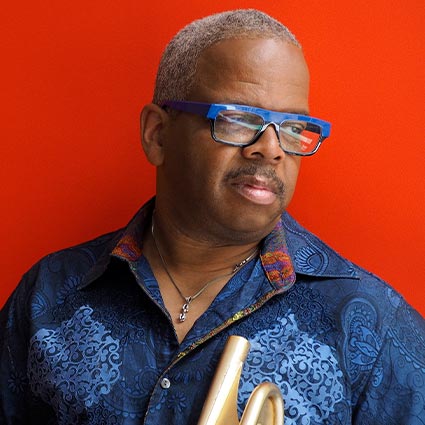 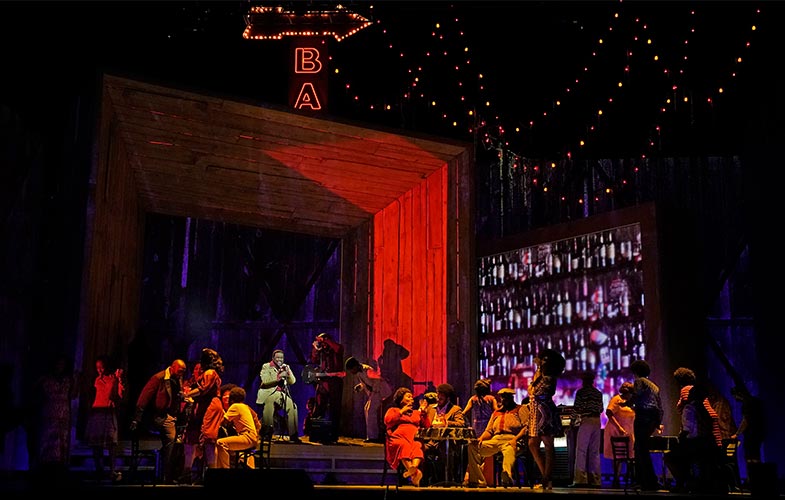 The opera takes place in and around the small and poor town of Gibsland, in northwestern Louisiana, as well as at Blow’s alma mater, Grambling State University. The time ranges from Charles’s childhood in the 1970s to his adulthood in the 1990s.

Both grounded in the classical idiom and deeply steeped in the form-defying jazz that has been central to Blanchard’s output, Fire Shut Up in My Bones does not fit perfectly into any single category. The vocal writing parallels this path, composed for singers with the power of traditional classical training but also requiring a comfort level with the methods of jazz and gospel singing. Charles’s soliloquys, musicalized internal monologues that give voice to the character’s epic psychological journey to self-acceptance, are prime examples of the score’s demands on the performer’s skills in several diverse genres at once.