Soprano Anna Netrebko, whom the New York Times hailed as “magnificent” when she made her role debut as Tosca in 2018, returns to cinemas on April 11 as Puccini’s explosive diva. Tenor Brian Jagde is the idealistic painter Cavaradossi, and baritone Michael Volle completes the opera’s fatal love triangle as the sinister Scarpia. Bertrand de Billy conducts Sir David McVicar’s stunning production. This live cinema transmission is part of the Met’s award-winning Live in HD series, bringing opera to more than 2,200 theaters in more than 70 countries worldwide.

Buy tickets for Tosca live in the opera house here.

Timeline for the show, Tosca 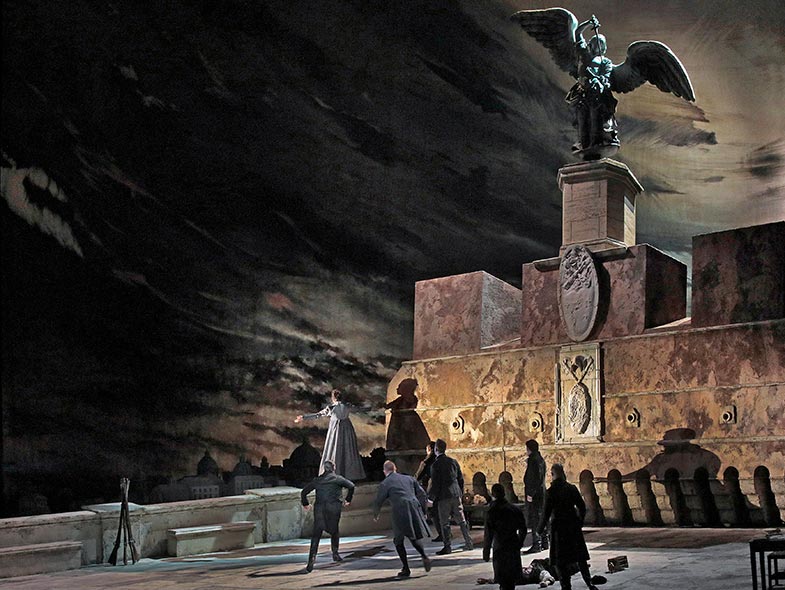 Premiere: Teatro Costanzi, Rome, 1900. Puccini’s melodrama about a volatile diva, a sadistic police chief, and an idealistic artist has offended and thrilled audiences for more than a century. Critics, for their part, have often had problems with Tosca’s rather grungy subject matter, the directness and intensity of its score, and the crowd-pleasing dramatic opportunities it provides for its lead roles. But these same aspects have made Tosca one of a handful of iconic works that seem to represent opera in the public imagination. Tosca’s popularity is further secured by a superb and exhilarating dramatic sweep, a driving score of abundant melody and theatrical shrewdness, and a career-defining title role.

Giacomo Puccini (1858–1924) was immensely popular in his own lifetime, and his mature works remain staples in the repertory of most of the world’s opera companies. His operas are celebrated for their mastery of detail, sensitivity to everyday subjects, copious melody, and economy of expression. Puccini’s librettists for Tosca, Giuseppe Giacosa (1847–1906) and Luigi Illica (1857–1919), also collaborated with him on his two other most enduringly successful operas, La Bohème and Madama Butterfly. Giacosa, a dramatist, was responsible for the stories, and Illica, a poet, worked primarily on the words themselves. 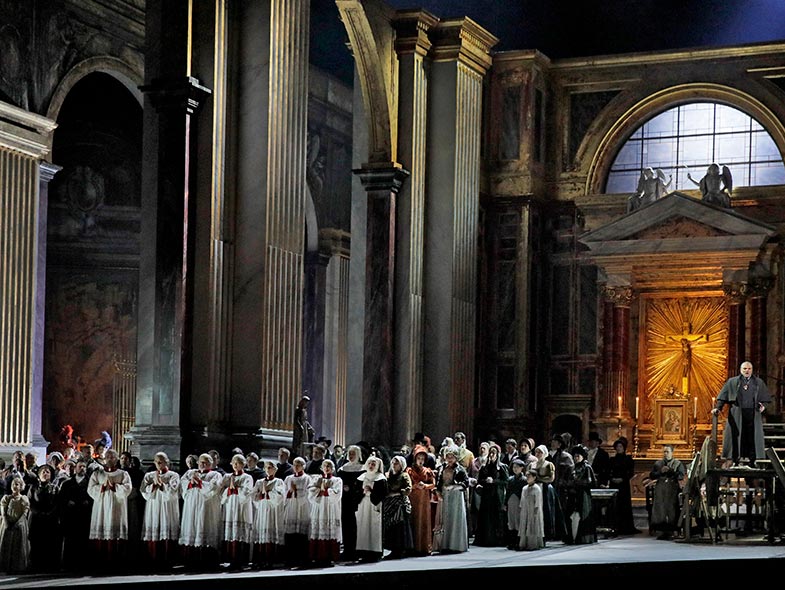 No opera is more tied to its setting than Tosca, which takes place in Rome on the morning of June 17, 1800, through dawn the following day. The specified settings for each of the three acts—the Church of Sant’Andrea della Valle, Palazzo Farnese, and Castel Sant’Angelo—are familiar monuments in the city and can still be visited today. While the libretto takes some liberties with the facts, historical issues form a basis for the opera: The people of Rome are awaiting news of the Battle of Marengo in northern Italy, which will decide the fate of their symbolically powerful city.

The score of Tosca (if not the drama) itself is considered a prime example of the style of verismo, an elusive term usually translated as “realism.” The typical musical features of the verismo tradition are prominent in Tosca: short arias with an uninhibited flood of raw melody, ambient sounds that blur the distinctions between life and art, and the use of parlato—words spoken instead of sung—at moments of tension.