Soprano Hui He takes on the heartbreaking title role of the doomed geisha, with tenor Bruce Sledge as the American naval officer who abandons her—in cinemas November 9. Paulo Szot is Sharpless, alongside Elizabeth DeShong as Suzuki, and Pier Giorgio Morandi is on the podium for Anthony Minghella’s sweeping production, a perennial audience favorite. This live cinema transmission is part of the Met’s award-winning Live in HD series, bringing opera to more than 2,200 theaters in more than 70 countries worldwide.

Production a gift of Mercedes and Sid Bass

Timeline for the show, Madama Butterfly 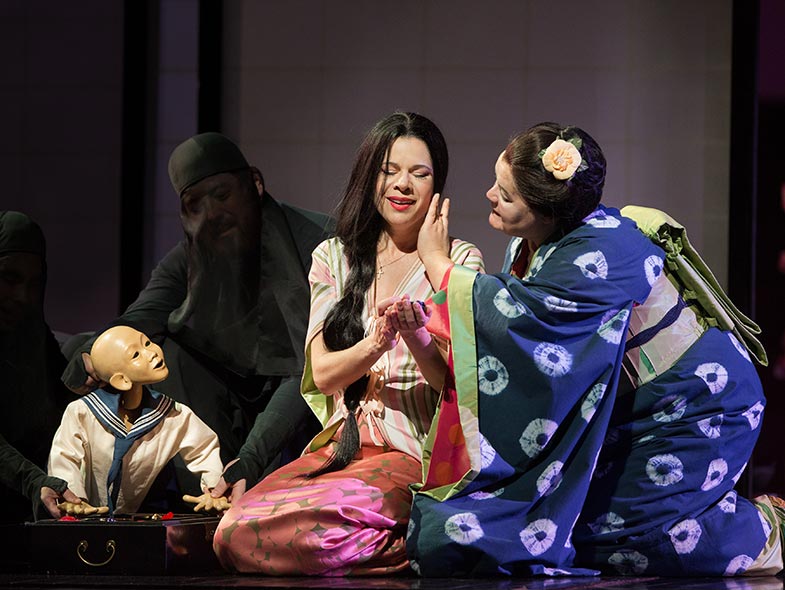 World premiere: Teatro alla Scala, Milan, 1904. Met premiere: February 11, 1907. The title character of Madama Butterfly—a young Japanese geisha who clings to the belief that her arrangement with a visiting American naval officer is a loving and permanent marriage—is one of the defining roles in opera. The story triggers ideas about cultural and sexual imperialism for people far removed from the opera house, and film, Broadway, and popular culture in general have riffed endlessly on it. The lyric beauty of Puccini’s score, especially the music for the thoroughly believable lead role, has made Butterfly timeless.

Giacomo Puccini (1858–1924) was immensely popular in his own lifetime, and his mature works remain staples in the repertory of most of the world’s opera companies. His librettists for Madama Butterfly, Giuseppe Giacosa and Luigi Illica, had also collaborated with the composer on his previous two operas, Tosca and La Bohème. Giacosa, a dramatist, was responsible for the stories and Illica, a poet, worked primarily on the words themselves. 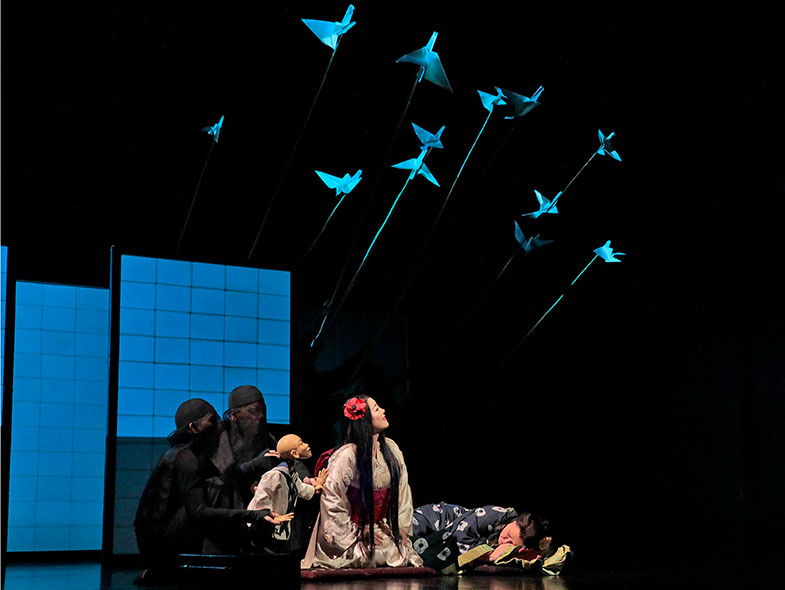 The opera takes place in the Japanese port city of Nagasaki at the turn of the last century, at a time of expanding American international presence. Japan was hesitantly defining its global role, and Nagasaki was one of the country’s few ports open to foreign ships. Temporary marriages for foreign sailors were not unusual.

Puccini achieved a new level of sophistication with his use of the orchestra in this score, with subtle colorings and sonorities throughout. But the opera rests squarely on the performer of the title role: On stage for most of the time, Cio-Cio-San is the only character that experiences true (and tragic) development. The singer must convey an astounding array of emotions and characteristics, from ethereal to fleshly to intelligent to dreamy-bordering-on-insane, to resigned in the final scene.