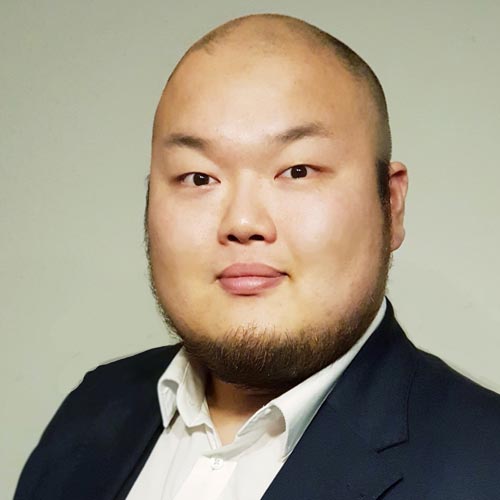 Tenor Mario Bahg made his Met company debut as part of the 2019 Summer Recital Series, makes his house debut during the 2019–20 season as the First Guard in Manon, and will go on to sing the Lamplighter in Manon Lescaut later in the season. He graduated from Korea National University of Arts, where he sang the Duke in Rigoletto, and recently received his master’s degree from Mannheim University of Music and Performing Arts. He has appeared as a soloist in Haydn’s Die Schöpfung and Bach’s Christmas Oratorio at Mainfranken Theater Würzburg and Beethoven’s Symphony No. 9 at the Konzerthaus Berlin. He has also performed in a gala concert at the Bolshoi Theatre in Moscow, Verdi’s Requiem with the Bergen Symphony Orchestra, and at the Kirsten Flagstad Festival in Norway.