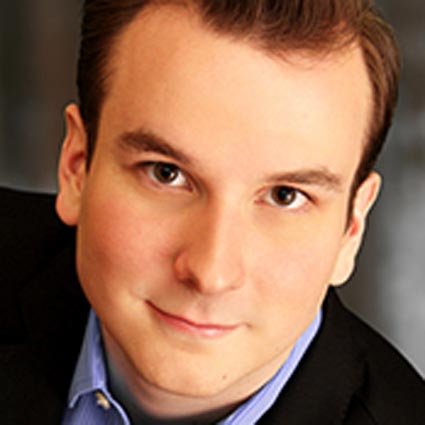 Tenor Brian Michael Moore will sing Gastone in La Traviata in the Met’s 2019–20 season. In 2020, he will make his debut at the Teatro Municipal in Santiago de Chile as Tamino in Die Zauberflöte.  Last season, he made his Met debut as the Song Seller in Il Tabarro. He also appeared with the company this season as the Second Priest in The Magic Flute. He completed the Domingo-Colburn-Stein Young Artist Program at LA Opera, where he was seen as Le Remendado in Carmen, the Governor in Candide, Spoletta in Tosca, and Nathanaël in Les Contes d’Hoffmann. During the summer of 2017, he appeared as Don Ottavio in Don Giovanni with James Conlon at the Spoleto Festival dei Due Mondi and the Prince in Luke Bedford’s Seven Angels at the Aspen Music Festival. He made his Los Angeles Philharmonic debut in 2017 singing the First Guard in Die Zauberflöte, conducted by Gustavo Dudamel.

Other recent appearances include the Shepherd in Stravinsky’s Oedipus Rex at the Cincinnati May Festival, Don Ottavio with the New York Opera Exchange, several roles in Conrad Susa’s Transformations as part of the Merola Opera Program, and the Animal Tamer in Der Rosenkavalier as a young artist at the Cincinnati Opera. In 2015, he performed the Duke in Rigoletto at the Asheville Lyric Opera and the Brevard Music Festival.

He is a winner of the 2018 Sara Tucker Study Grant and was recognized as una Finestra sui Due Mondi by the 2017 Spoleto Festival dei Due Mondi. Last summer, he returned to the Merola Opera Program to participate in the Schwabacher Summer Concerts. He completed his bachelor’s and master’s degrees at the Manhattan School of Music.