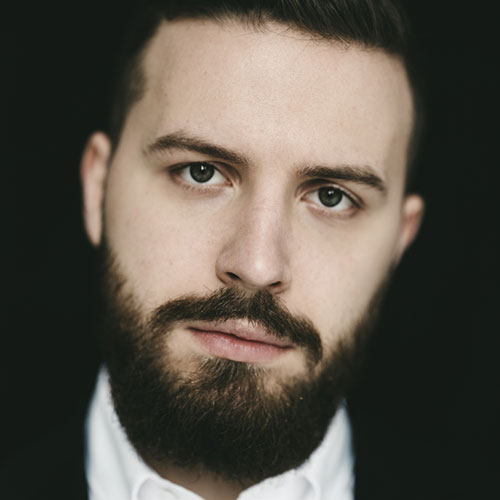 Russian tenor Arseny Yakovlev will sing Chaplitsky in The Queen of Spades and the First Guard in The Magic Flute during the Met’s 2019–20 season. He made his Met debut during the 2018–19 season as the Messenger in Aida.  In 2012, he made his debut at Moscow’s Bolshoi Theatre in Der Rosenkavalier. He was also heard in a number of other supporting roles in La Traviata, Carmen, Le Nozze di Figaro, Tchaikovsky’s The Maid of Orleans, and Iolanta. He sang his first performance of Lenski in Eugene Onegin in Belgrade in 2016 and later made his debut with the Latvian National Opera in the same role.

He made his Spanish opera debut in Mallorca as Macduff in Macbeth. In June of 2017, he was heard at Dutch National Opera in an operatic concert. He also made his German operatic debut in the fall of 2017 as Lenski at the Frankfurt Opera. Other roles in his developing repertoire include Rinuccio in Gianni Schicchi, Prince Vladimir in Prince Igor, Alfredo in La Traviata, and Pinkerton in Madama Butterfly.

He studied voice at the Moscow Tchaikovsky Conservatory and continued his vocal studies at the Academy of Choral Arts. He then joined the young artists program at the Bolshoi Theatre.