Tony Award–winning director of Broadway’s A View from the Bridge and West Side Story, Ivo van Hove makes a major Met debut with a new take on Mozart’s dark comedy, re-setting the familiar tale of deceit and damnation in an abstract architectural landscape. When the new staging arrives in cinemas March 27, Yannick Nézet-Séguin conducts a star-studded cast led by baritone Peter Mattei as a magnetic Don Giovanni, alongside the Leporello of bass-baritone Gerald Finley. Soprano Ailyn Pérez, mezzo-soprano Isabel Leonard, and soprano Hera Hyesang Park make a superlative trio as Donna Anna, Donna Elvira, and Zerlina, and tenor Ben Bliss completes the principal cast as Don Ottavio. This live cinema transmission is part of the Met’s award-winning Live in HD series, bringing opera to more than 2,200 theaters in more than 70 countries worldwide.

Additional funding from The Walter and Leonore Annenberg Endowment Fund 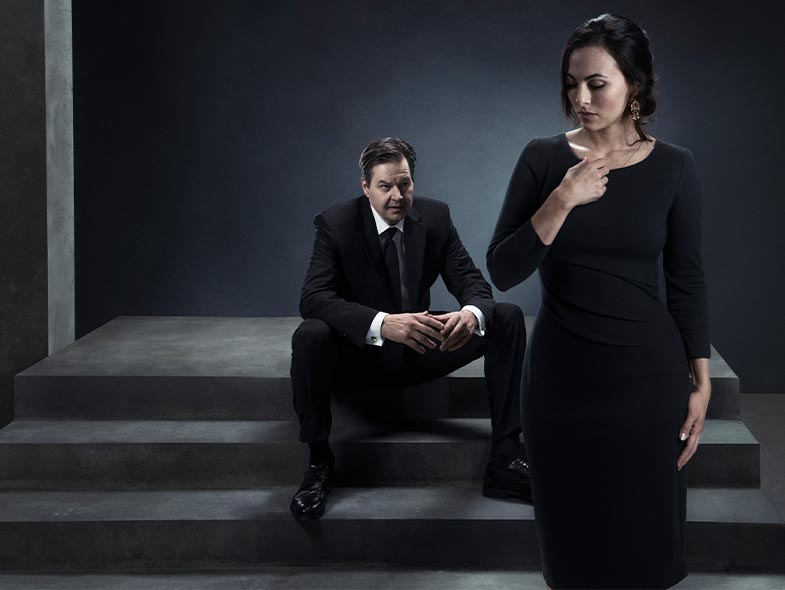 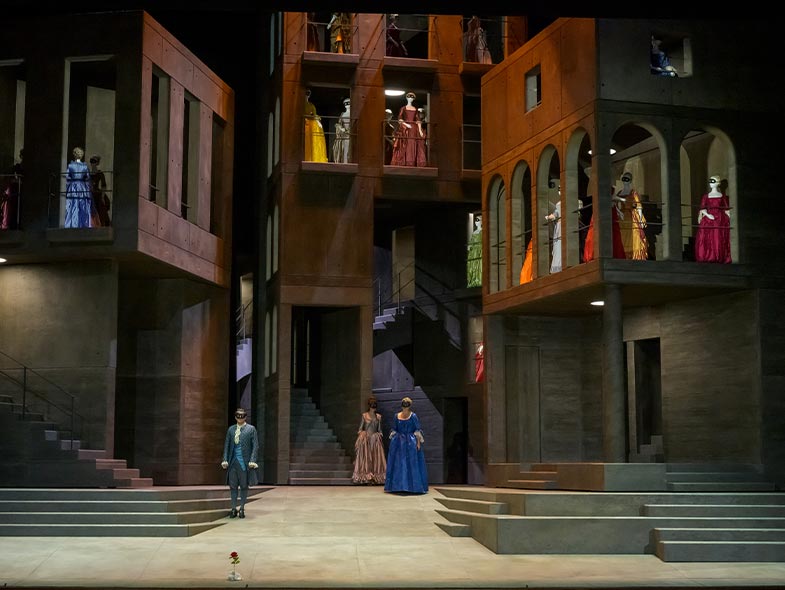 The city of Seville in southern Spain, which likely inspired Mozart’s setting for Don Giovanni, was already famous in his time as a mythical world of winding streets, hot-blooded young men, and exotically beautiful women sequestered behind latticed windows. The Met’s new production places the action in a non-specific modern setting.