Page Navigation for: The Hours

Renée Fleming makes her highly anticipated return to the Met in the world-premiere production of Pulitzer Prize–winning composer Kevin Puts’s The Hours, adapted from Michael Cunningham’s acclaimed novel. Inspired by Virginia Woolf’s Mrs. Dalloway and made a household name by the Oscar-winning 2002 film version starring Meryl Streep, Julianne Moore, and Nicole Kidman, the powerful story concerns three women from different eras who each grapple with their inner demons and their roles in society. The exciting premiere radiates with star power, with Kelli O’Hara and mezzo-soprano Joyce DiDonato joining Fleming as the opera’s trio of heroines. Phelim McDermott—who most recently wowed Met audiences with his staging of Philip Glass’s Akhnaten—directs this compelling drama, with Met Music Director Yannick Nézet-Séguin on the podium to conduct Puts’s poignant and powerful score.

The Hours contains themes of suicide. If you or someone you know is considering self-harm or suicide, help is available from the Suicide and Crisis Lifeline by dialing 988 or visiting 988lifeline.org.

Commissioned by the Metropolitan Opera and The Philadelphia Orchestra

The production of The Hours was made possible by a generous gift from Robert L. Turner, in memory of his mother, Suzanne Wilbert Turner

Languages sung in The Hours

Title languages displayed for The Hours

Timeline for the show, The Hours 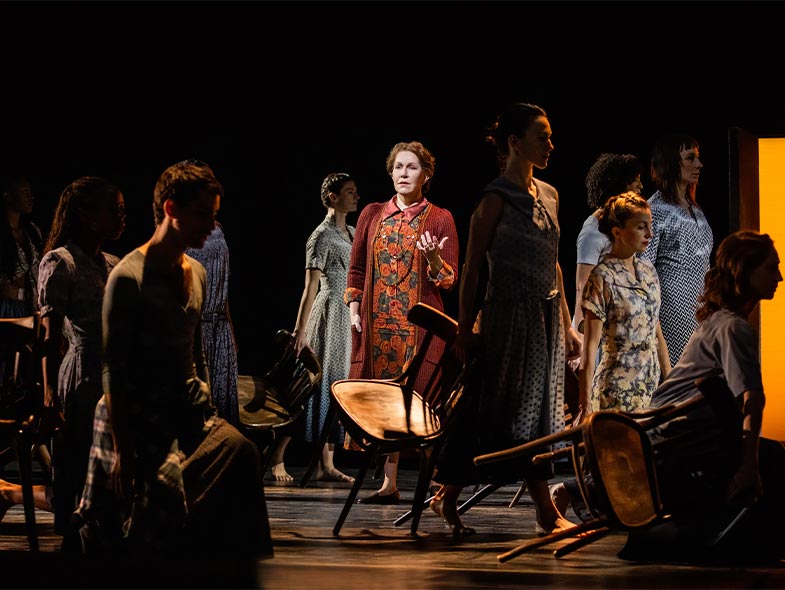 A compelling new opera about three women in different times and places, The Hours is based on the Pulitzer Prize–winning novel by Michael Cunningham and the Academy Award–winning film adaptation that followed. Both the book and the film make heavy reference to an earlier novel, Virginia Woolf’s 1925 Mrs. Dalloway, which forms a sort of parallel background narrative, and the opera uses Woolf’s and Cunningham’s magisterial prose as a departure point from which to explore ambiguities and fluidities that cry out for musical expression.

Kevin Puts (b. 1972) is an American composer, especially noted for his four symphonies, large-scale orchestral works, and numerous concerti. Playwright, lyricist, and fiction writer Greg Pierce (b. 1978) created the libretto for The Hours, adapting the novel by American author Michael Cunningham (b. 1952), who was awarded both the Pulitzer Prize for Fiction and PEN/Faulkner Award for his work. Virginia Woolf (1882–1941), whose Mrs. Dalloway figures prominently in The Hours, was an English novelist, essayist, critic, and publisher. 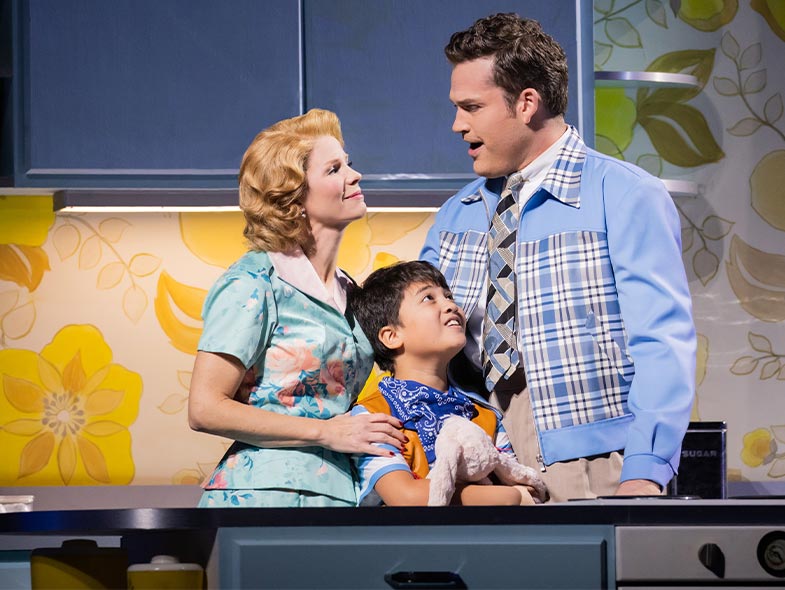 The tripartite setting of the opera is an essential aspect of its story. The first locale is Richmond, a quiet suburb of London where Virginia Woolf lived with her husband, Leonard, as she was writing Mrs. Dalloway in 1923. The second setting is Los Angeles in 1949, where Dan and Laura Brown are struggling to conform to a proper mid-century American suburban life. The third setting is Manhattan at the end of the 20th century, where Clarissa Vaughan is preparing to throw a party for the poet Richard who faces the late stages of AIDS.

In Their Own Time

In adapting The Hours for the operatic stage, Puts sought to follow the shifting perspectives between the heroines while maintaining their separate dimensions. The music for and around each of the heroines has a distinct style: a stripped-down quality for Woolf, with harmonic shifts mirroring her fraught mental instability; an appropriately light-pop sensibility for the oppressive suburban conformity surrounding Laura Brown; and a rich, colorful soundscape for Clarissa that evokes the vibrancy of New York City. Initially, these worlds exist as separate musical entities, but over the course of the opera, they transcend the boundaries of time and space and increasingly overlap.