A work of subtle beauty, Benjamin Britten’s masterpiece delivers a tragically realistic rendering of the mistrust, misunderstandings, and dark secrets that lurk within even the closest communities. Tenor Allan Clayton, following his 2022 Met debut in the title role of Brett Dean’s Hamlet, takes on another complex protagonist as Peter Grimes, the enigmatic fisherman accused of the death of two apprentices. Nicholas Carter conducts John Doyle’s chilling production, which also features soprano Nicole Car as the empathetic Ellen Orford and baritone Adam Plachetka as the retired captain Balstrode, whose condemnation seals Grimes’s fate.

Timeline for the show, Peter Grimes 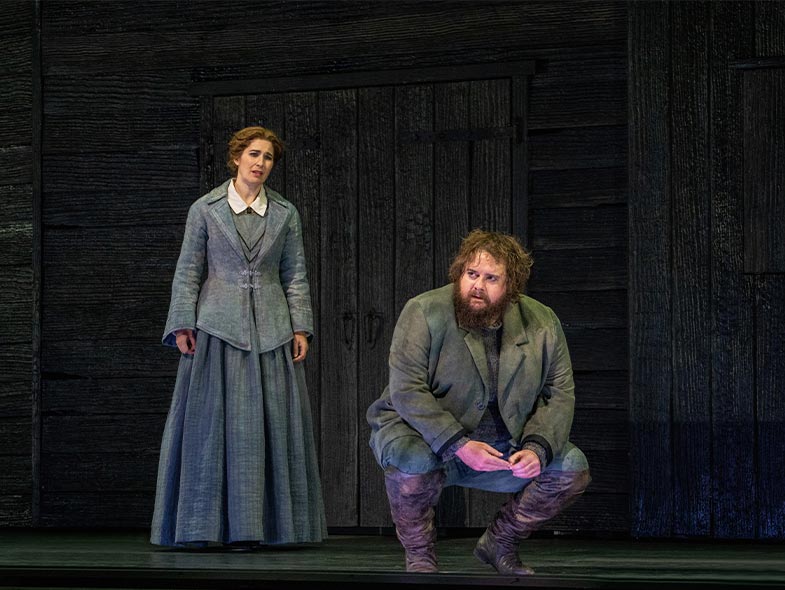 World premiere: Sadler’s Wells, London, 1945
One of the greatest masterpieces in the English operatic canon, Peter Grimes has been beloved by both audiences and critics since its first performance. Its popularity is due to several factors: an evocative score, a powerful use of chorus and orchestra, and a monumental title role of such dramatic potential that it can be explored over and over again by any tenor prepared to face its challenges.

British-born Benjamin Britten (1913–76) was a leading composer in a wide variety of genres, and several of his operas have proven to be among the most enduring of the 20th century. Montagu Slater (1902–56), a writer noted for addressing political and social issues in his works, crafted the libretto for Peter Grimes, adapting the poem “The Borough” by poet and naturalist George Crabbe (1754–1832). 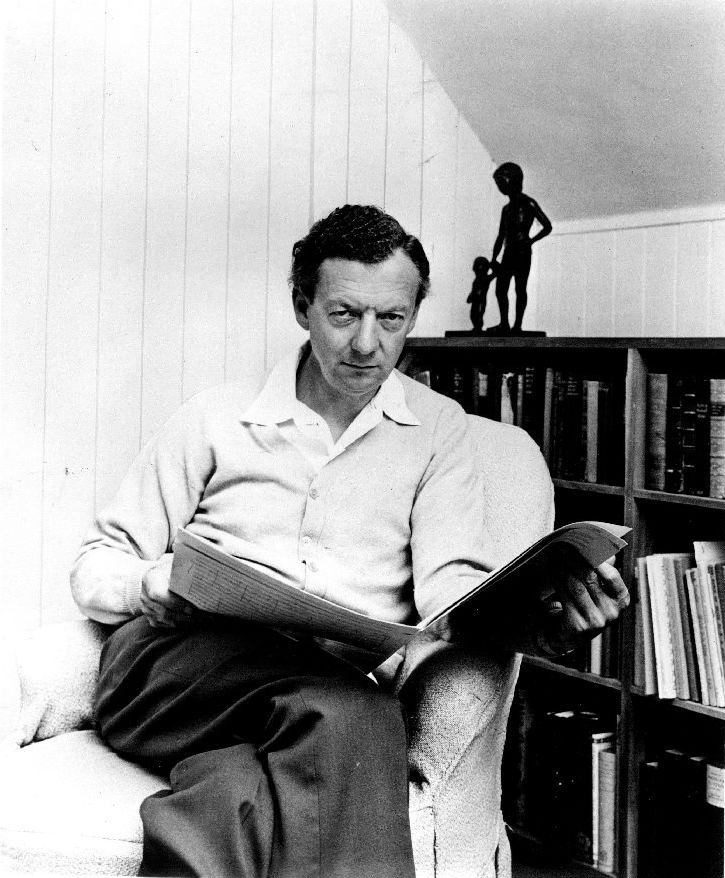 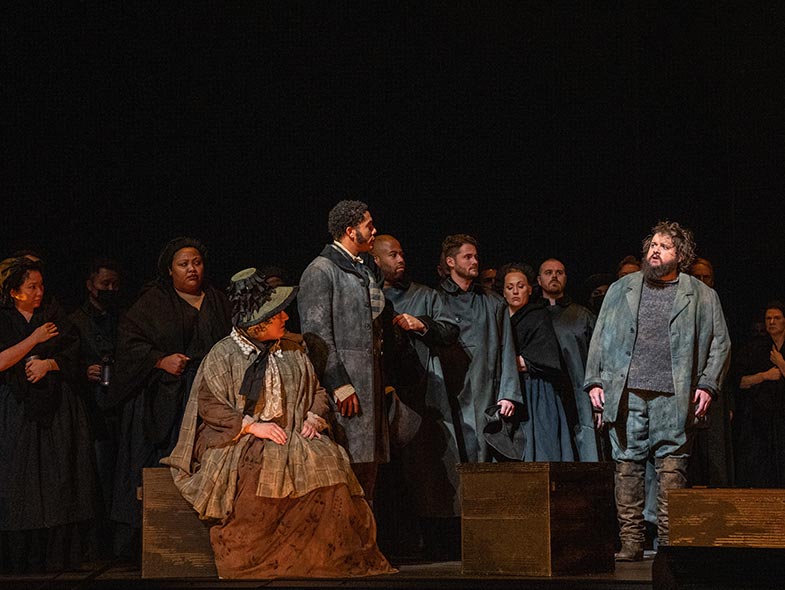 The story is set in the Borough, a deliberately non-specific seaside village on England’s east coast that bears some comparison with Crabbe’s (and eventually Britten’s) hometown of Aldeburgh.

One of the most appealing facets of this opera is that the score is neither strictly traditional nor self-consciously radical. It strikes a dramatically convincing balance between lyricism and dissonance. The celebrated orchestral “Sea Interludes” that connect several of the scenes are beautiful and powerful when heard on their own, but within the opera they are, as is the rest of the score, supreme examples of opera’s ability to create a connection between external events and characters’ inner lives.