Timeline for the show, Norma 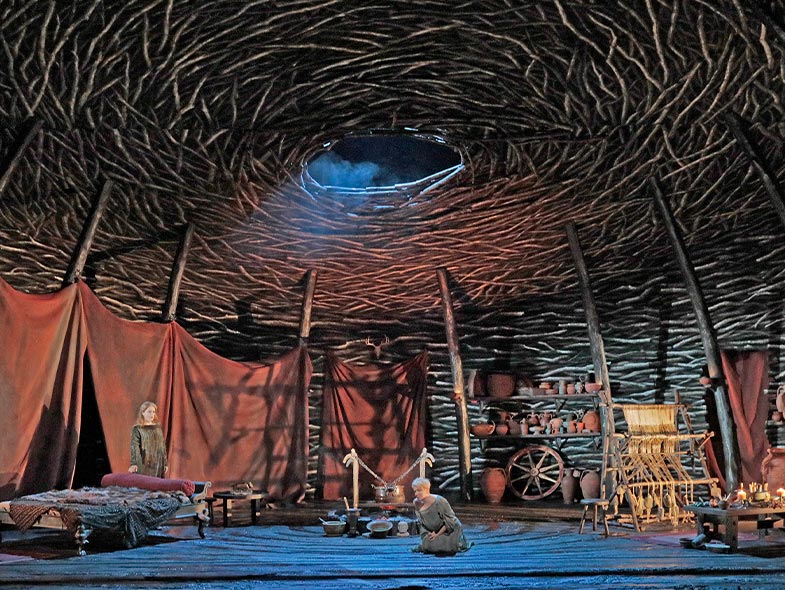 World premiere: Teatro alla Scala, Milan, 1831. This opera is an extraordinary fusion of sublime melody, vocal challenge, and dramatic power. It examines an ageless and archetypal situation: A powerful woman compromises her ideals for love, only to find herself betrayed by her lover. But equally gripping is her relationship with the younger woman who is the new object of her former lover’s attention and in whom Norma sees both a rival and a second self. The title role demands dramatic vocal power combined with the agility and technique of a coloratura singer. It is a daunting challenge that few can rise to: those who have are part of operatic lore.

Vincenzo Bellini (1801–35) was a Sicilian composer whose greatest gift was his extraordinary understanding of the human voice. His meteoric career was cut short by his death at the age of 33, shortly after his opera I Puritani triumphed in its Parisian premiere. Felice Romani (1788–1865) was the official librettist of Milan’s Teatro alla Scala. A frequent collaborator of Bellini, he worked with the composer on six operas, and also wrote the libretti for Donizetti’s L’Elisir d’Amore and Anna Bolena, among many other works. 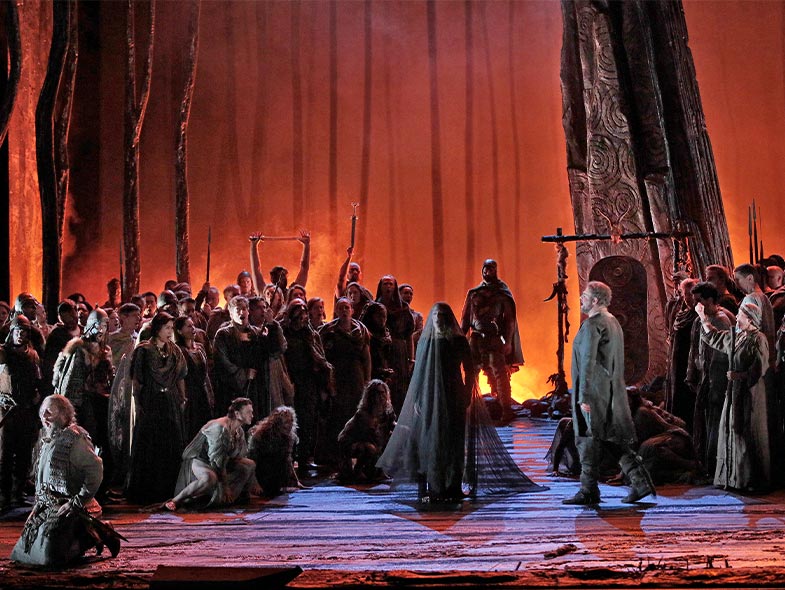 The opera is set in Gaul (France) at the beginning of its occupation by the Roman Empire. Almost all of the characters are druids, members of the Gallic priesthood, the only exceptions being the tenors, both of whom are Romans. It is interesting that the Roman Empire, long depicted in European culture as a civilizing force, is here seen as corrupt and exploitative.

Norma is perhaps the archetypal bel canto opera, a style of singing that flourished in Italy in the 18th and early 19th centuries. Its principal features are beauty of tone, legato phrasing, and the delivery of florid ornamentation. The score of Norma is characterized by extraordinary melody punctuated by sharp moments of raw drama. The primary functions of the clear orchestral writing are to move the drama along with vigorous rhythm and to inform certain moments with feeling and emotion.