Having triumphed at the Met in some of the repertory’s fiercest soprano roles, Sondra Radvanovsky opens the new season as the mythic sorceress who will stop at nothing in her quest for vengeance—a tour-de-force role made famous by opera’s ultimate diva, Maria Callas. The Met premiere of Cherubini’s rarely performed masterpiece marks Radvanovsky’s fourth new production with director David McVicar, who also designed the sets for this vivid, atmospheric staging, simultaneously classical, updated, and timeless. Joining Radvanovsky are tenor Matthew Polenzani as Medea’s Argonaut husband, Giasone; soprano Janai Brugger as her rival for his love, Glauce; bass Michele Pertusi as her father, Creonte, the King of Corinth; and mezzo-soprano Ekaterina Gubanova as Medea’s confidante, Neris. In an impressive fall trifecta at the Met, Maestro Carlo Rizzi conducts Medea, in addition to Don Carlo and Tosca.

Timeline for the show, Medea 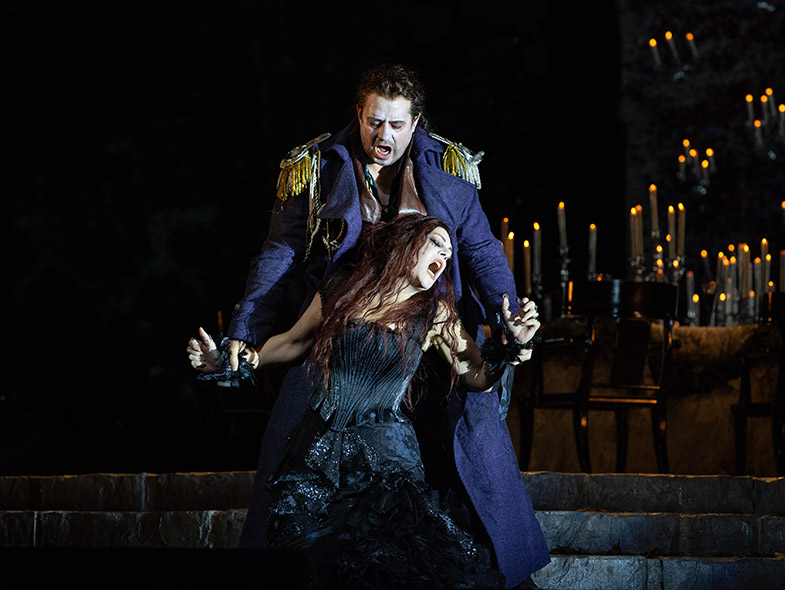 World Premiere: Théâtre Feydeau, Paris, 1797. A fiery retelling of a seminal Greek myth, Medea is as compelling as it is disturbing, never more so than when the title character enacts her revenge on her unfaithful lover by taking the lives of their two children. Cherubini composed the opera at the tail end of the French Revolution, and as such, it fills a musical and dramatic gap between the noble gravitas of 18th-century theater and the more visceral beauty of later Romantic operas.

Luigi Cherubini (1760–1842) was an Italian-born composer who lived most of his adult life in Paris. He skillfully navigated the radically changing tastes in music and politics in those years and in his day, was greatly admired by Haydn, Beethoven, Rossini, and Chopin. François-Benoît Hoffman (1760–1828), a playwright who later gained fame as a journalist covering topics ranging from music to medicine, provided the opera’s original French libretto. Bolognese poet, librettist, and early film director Carlo Zangarini (1874–1943) provided the Italian translation. 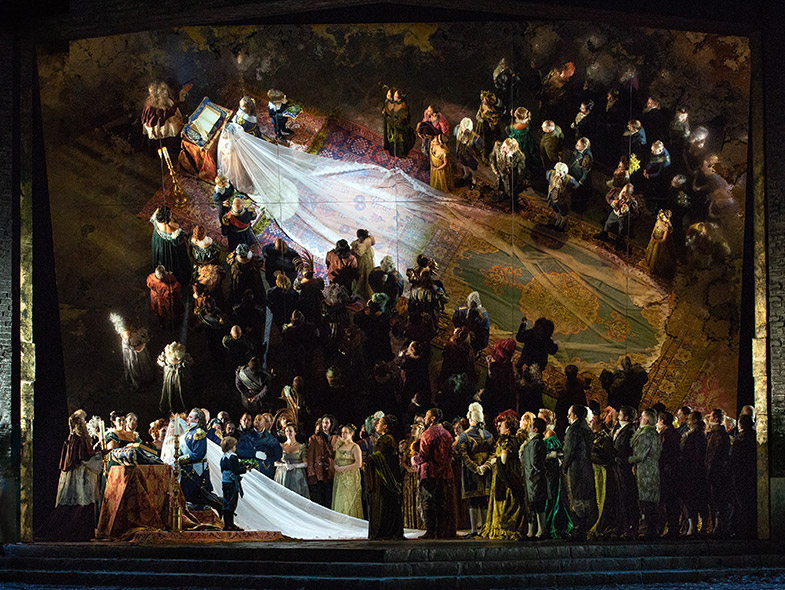 The opera is set in the Greek city of Corinth, a wealthy and sophisticated locale already ancient by the time of the events in the opera. Medea herself is a foreigner from Colchis, a land thought by Greeks to be wealthy but primitive and which was associated with overly empowered women.

Beyond its obvious dramatic power, the score of Medea shows Cherubini’s abilities in vocal, choral, and instrumental writing. The overture demonstrates the orchestral mastery that was so admired by Beethoven, and the vocal writing is magnificent for the entire cast in both ensembles and solos. It is the lead role, of course, that reigns supreme—from her confrontation aria with Giasone in Act I and their duet at the end of that act to her poignant moment of pity for her children in Act III and her final scene of unalloyed fury.