Wagner’s soaring masterpiece makes its triumphant return to the Met stage after 17 years. In a sequel to his revelatory production of Parsifal, director François Girard unveils an atmospheric staging that once again weds his striking visual style and keen dramatic insight to Wagner’s breathtaking music, with Music Director Yannick Nézet-Séguin on the podium to conduct a supreme cast led by tenor Piotr Beczała in the title role of the mysterious swan knight. Sopranos Tamara Wilson and Elena Stikhina, as the virtuous duchess Elsa, falsely accused of murder, go head-to-head with soprano Christine Goerke as the cunning sorceress Ortrud, who seeks to lay her low. Bass-baritone Evgeny Nikitin is Ortrud’s power-hungry husband, Telramund, and bass Günther Groissböck is King Heinrich.

Timeline for the show, Lohengrin

World premiere: Großherzogliches Hoftheater, Weimar, 1850
Lohengrin stands at the epicenter of Richard Wagner’s career—chronologically, thematically, and artistically. It is a Romantic-era reimagining of a persistent Medieval legend about a mystical knight who champions an oppressed maiden on the sole condition that she never ask his name, and the issues at stake range from the spiritual (the role of the divine in human lives) to the political (nation building in times of transition and migration) to the deeply personal (the centrality of mystery in erotic attraction). The wide thematic divergence within the story spurred Wagner to create a score that triumphantly covers all bases, breathtaking in its sweeping variety, yet approachable and theatrically effective.

Richard Wagner (1813–83) was the complex, controversial creator of music-drama masterpieces that stand at the center of today’s operatic repertory. Born in Leipzig, he was an artistic revolutionary who reimagined every supposition about music and theater. The composer wrote his own libretto for Lohengrin, as he did for all his operas, based on a medieval legend recounted in several places, most notably for Wagner’s purposes in the romance Parzival by Wolfram von Eschenbach (c. 1160–1220). 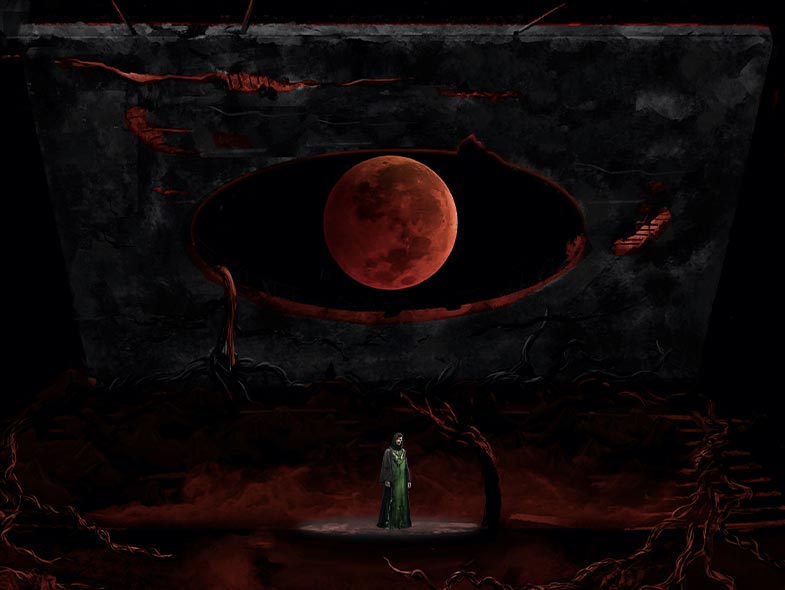 Wagner set his opera in Antwerp, now in Belgium, around the year 930. The specificity of time and place is key to the tale: a castle (parts of which still exist) on an important river (the Scheldt) on the borderlands of the emerging German nation and at the edge of Christianized Europe—with pockets of paganism still thriving at that time directly to the north. In his new production this season, director François Girard places the opera’s action in an abstract setting that is simultaneously contemporary and fantastical.

The score of Lohengrin is a supreme achievement in Romanticism: All the diverse, sometimes extreme expressions of the genre are magnificently and coherently presented. It includes Wagner’s most ethereal music for both the orchestra and voice, and the choral writing is unsurpassed anywhere, expressing human hopes and fears as effectively as it reflects the dawning of a community consciousness. For decades, Lohengrin remained Wagner’s most performed opera and was regarded as a sort of “gateway” to his entire corpus of works. It contains several passages well-known beyond the opera house, from orchestral sections familiar from the concert hall and even film scores to the ubiquitous Bridal Chorus, which is used quite differently in the opera than most weddings would lead one to think.