Tony Award–winning director of Broadway’s A View from the Bridge and West Side Story, Ivo van Hove makes a major Met debut with a new take on Mozart’s tragicomedy, re-setting the familiar tale of deceit and damnation in an abstract architectural landscape and shining a light into the dark corners of the story and its characters. Maestro Nathalie Stutzmann makes her Met debut conducting a star-studded cast led by baritone Peter Mattei as a magnetic Don Giovanni, alongside the Leporello of bass-baritone Adam Plachetka. Sopranos Federica Lombardi, Ana María Martínez, and Ying Fang make a superlative trio as Giovanni’s conquests—Donna Anna, Donna Elvira, and Zerlina—and tenor Ben Bliss is Don Ottavio. 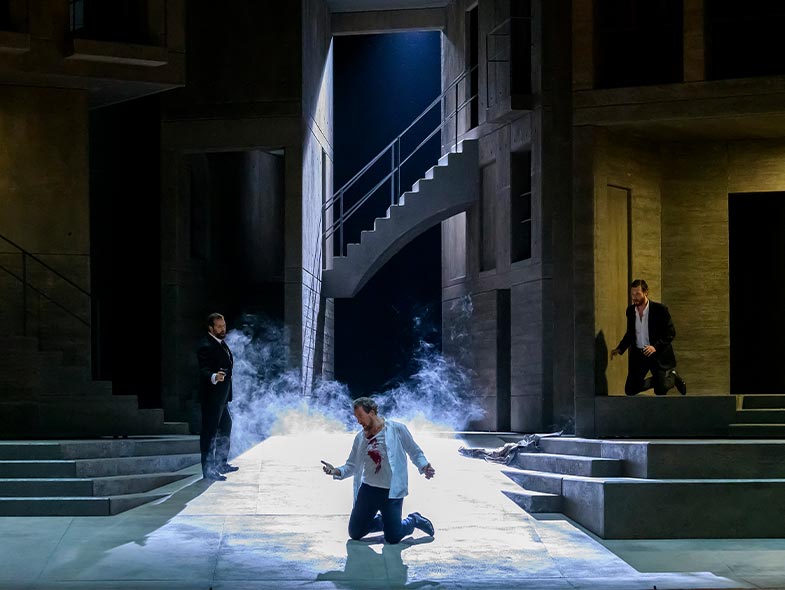 Mozart’s score teems with the elegance and grace that marks his entire output, which is evident from the first measures of the ravishing overture. This combination of musical refinement and extraordinary dramatic expression makes Don Giovanni one of the longest enduring and universally beloved works in the standard repertoire.