Production a gift of Francis Goelet 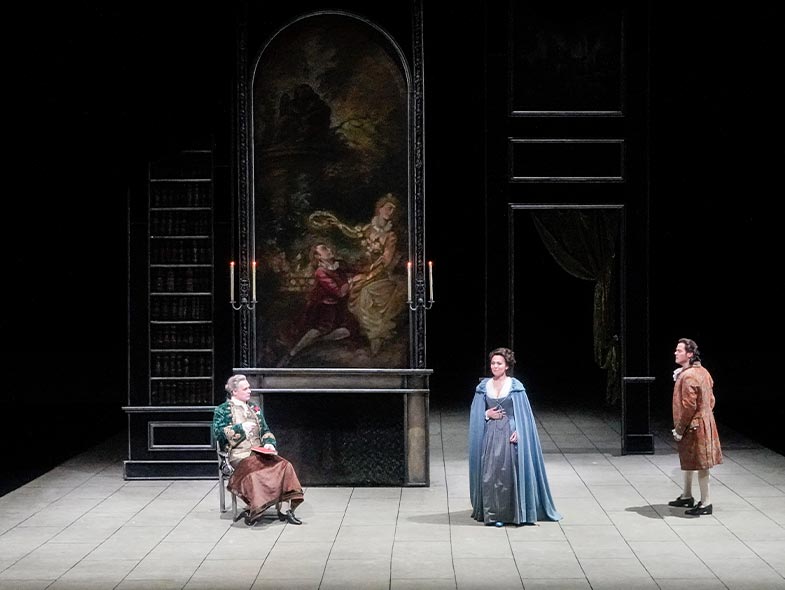 World premiere: Teatro alla Scala, Milan, 1957. One of the most successful operas of the later decades of the 20th century, Dialogues des Carmélites is a rare case of a modern work that is equally esteemed by audiences and experts. The opera focuses on a young member of an order of Carmelite nuns, the aristocratic Blanche de la Force, who must overcome a pathological timidity in order to answer her life’s calling. The score reflects key aspects of its composer’s personality: Francis Poulenc was an urbane Parisian with a profound mystical dimension, and the opera addresses both the characters’ internal lives and their external realities.

A composer of compelling works in a wide variety of genres, Francis Poulenc (1899–1963), wrote the Carmélites libretto himself, based on an unproduced screenplay (that was then turned into a stage play) by Georges Bernanos (1888–1948), a French author with an interest in politics and religion. This, in turn, was based on the 1931 novella Die Letzte am Schafott (known in English as The Song at the Scaffold) by German writer Gertrud von Le Fort (1876–1971). 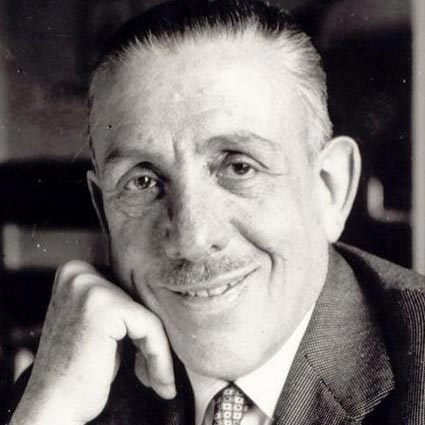 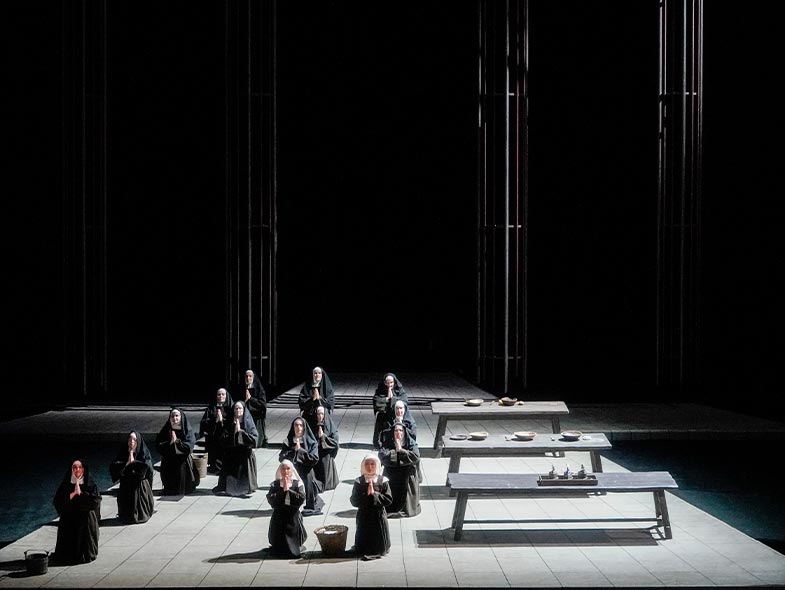 The opera takes place between 1789 and 1794 in Paris and in the town of Compiègne in northeastern France, the site of the Carmelite nuns’ convent. Its historical basis is the martyrdom of a group of 16 Carmelite nuns and lay sisters from Compiègne, who chose to offer themselves as victims for the restoration of peace to France during the Revolution.

Poulenc’s genius with the setting of text is apparent throughout the opera, much of which consists of recitative that closely follows speech patterns. Subtle yet distinct modulations in the orchestra often cue changes of mind and heart. The composer’s interest in religious music is apparent in moments that range from the austere to the dramatic, with the most arresting combination of the internal, spiritual, and dramatic musical worlds occurring in the wrenching final scene, as each of the nuns meets her fate.