Following his acclaimed 2019 performances as Alberich in the Ring cycle, bass-baritone Tomasz Konieczny stars as the accursed Dutchman in Wagner’s eerie drama, alongside incandescent soprano Elza van den Heever as the woman determined to redeem his soul. Maestro Thomas Guggeis makes his company debut on the podium, with tenor Eric Cutler as Erik and bass Dmitry Belosselskiy as Daland in François Girard’s ghostly setting.

A co-production of the Metropolitan Opera; The Abu Dhabi Festival; and Opéra de Québec 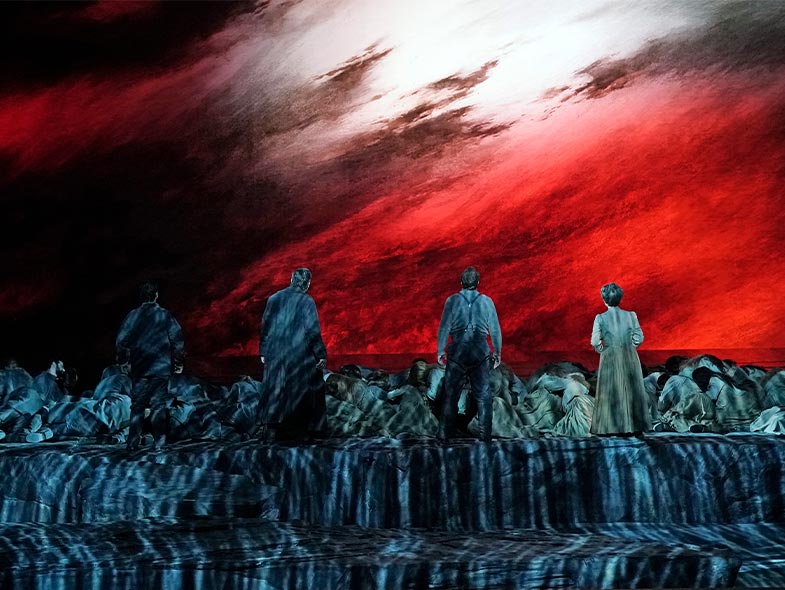 World premiere: Court Opera, Dresden, 1843. Der Fliegende Holländer is the earliest of Wagner’s operatic creations to remain in the repertory. The two lead roles represent archetypes to which the composer would return, in one form or another, in most of his later works: the “otherworldly stranger” and the woman who sacrifices herself for his salvation. And as would be the case in many of Wagner’s later masterpieces, both the world of nature and of the supernatural are magnificently evoked in the score.

Richard Wagner (1813–83) was the controversial creator of music-drama masterpieces that stand at the center of today’s operatic repertory. An artistic revolutionary who reimagined every supposition about theater, Wagner insisted that words and music were equals in his works. This approach led to the idea of the Gesamtkunstwerk, or “total work of art,” combining music, poetry, architecture, painting, and other disciplines, a notion that has had an impact on creative fields far beyond opera. 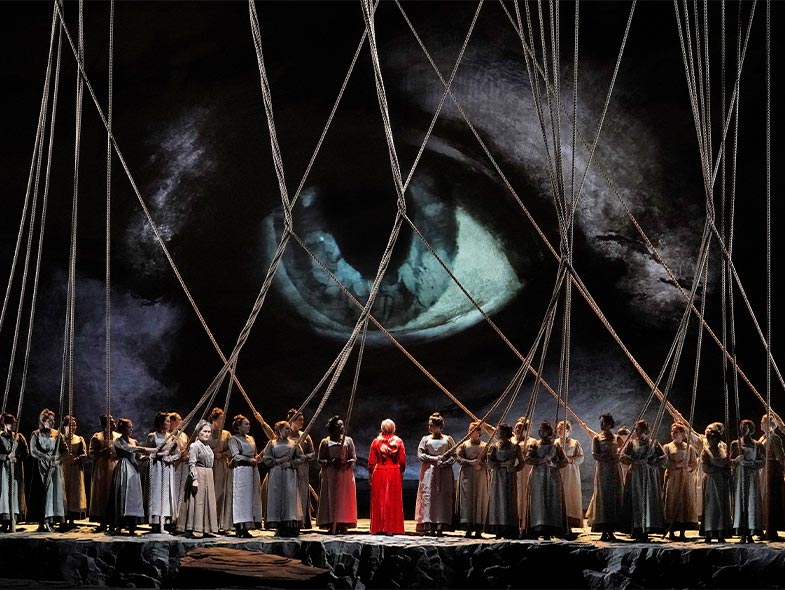