Buy Tickets
from $30
Subscribe Now & Save Up To 15%
All exchange fees will be waived for tickets purchased in the 2020–21 season.

All performances of Roméo et Juliette originally announced remain on the schedule, but some curtain times have changed. Please see individual dates below for updated curtain times.

Yannick Nézet-Séguin conducts one of the most sumptuous scores in the repertoire, leading Gounod’s honeyed adaptation of Shakespeare’s timeless tragedy. Radiant soprano Nadine Sierra makes her Met role debut as the effervescent Juliette, opposite tenors Stephen Costello and Benjamin Bernheim, in his highly anticipated Met debut, as the ardent Roméo, all amid the romantic realism of Bartlett Sher’s staging.

A La Scala production initially presented by the Salzburg Festival

Buy Tickets
from $30
Subscribe Now & Save Up To 15%
All exchange fees will be waived for tickets purchased in the 2020–21 season. 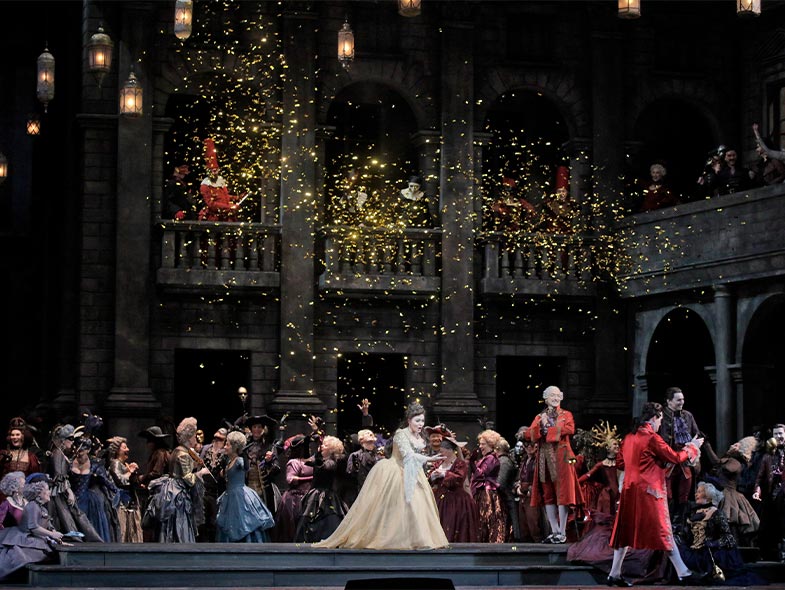 World premiere: Théâtre Lyrique, Paris, 1867. Perhaps the most enduringly successful of the many operatic settings of the world’s consummate love story, Roméo et Juliette is an excellent example of French Romanticism, a tradition that values subtlety, sensuality, and graceful vocal delivery over showy effects. In the opera there is a slight shift of focus away from the word games of the original play and a greater focus on the two lovers, who are given four irresistible duets, including a brief final reunion in the tomb scene that does not appear in the play.

Charles Gounod (1818–1893) showed early promise as a musician and achieved commercial success with his opera Faust in 1859. Among his most famous works is a setting of the Ave Maria based on a piece by J. S. Bach. Jules Barbier (1825–1901) and Michel Carré (1821–1872) were the leading librettists of their time in France, providing the text for many other operas, including Faust for Gounod, Mignon (also from Goethe) and Hamlet for Ambroise Thomas, and Les Contes d’Hoffmann for Jacques Offenbach. 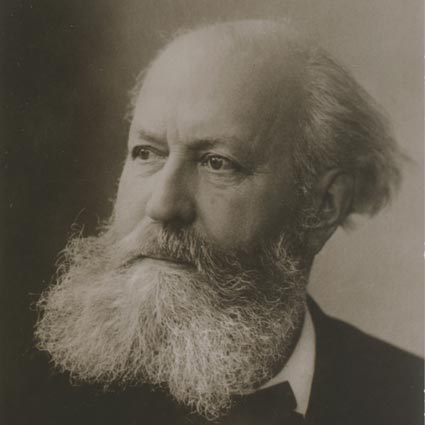 In Shakespeare’s lifetime, Italy was a land of many small city-states in constant warfare with one another, but this same country was also the cradle of the Renaissance, with its astounding explosion of art and science. The image invoked by the story’s setting in the ancient city of Verona, then, is a beautiful but dangerous world where poetry or violence might erupt at any moment. The Met’s new production moves the action to the 18th century.

Gounod infuses this classic drama with an elegant musical aura that reflects the soaring poetry of the original. When the composer explores the darker and more violent side of the story, his music creates drama without resorting to bombast. A reserved melancholy creates all the necessary tension. For the story’s more lighthearted moments, Gounod supplied the sort of buoyant melodies that made his Faust a huge hit with audiences. Midway through Act I, the heroine takes the stage with the giddy coloratura gem “Je veux vivre dans ce rêve.” Moments such as these add musical and dramatic texture to the tragedy, admired for its contrast of light and dark. 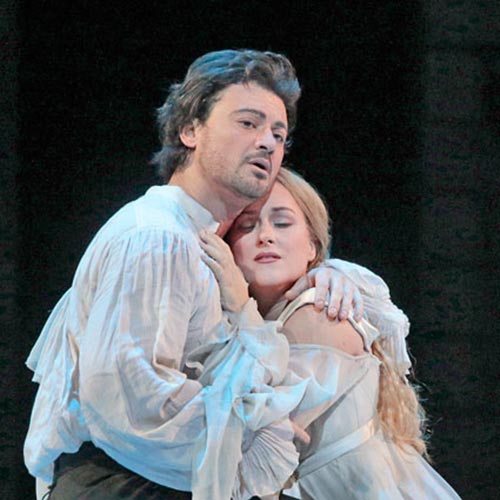