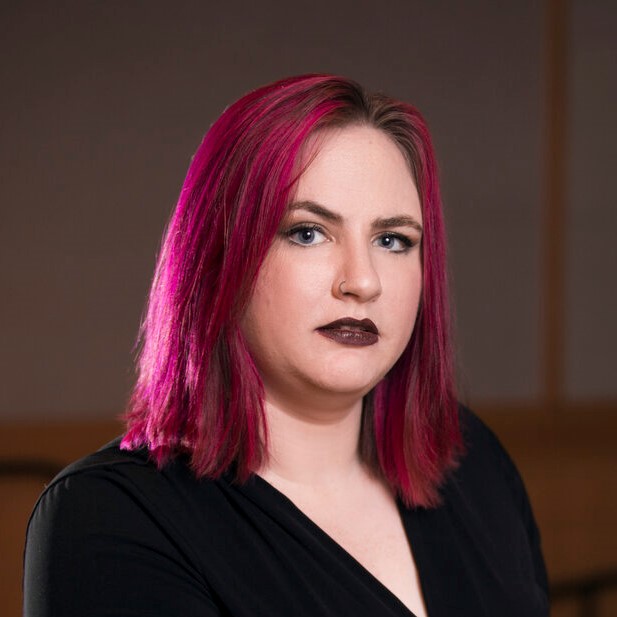 Originally from Cedar Falls, Iowa, contralto Megan Esther Grey is in her second year of the Lindemann Young Artist Development Program. During the 2019–20 season, she will make her Met debut as Kate Pinkerton in Madama Butterfly and will also sing the Second Lady in The Magic Flute and Käthchen in Werther. A grand finalist of the 2018 Metropolitan Opera National Council Auditions, she is a recent graduate of the University of Northern Iowa, where she completed her master’s degree and performed the role of Hansel in Hansel and Gretel. In summer 2017, she sang Proserpina in the U.S. stage premiere of Monteverdi’s L’Orfeo orchestrated by Respighi at the Chautauqua Opera Company, where she spent two summers as a studio artist. Her other roles have included the Child in Ravel’s L’Enfant et les Sortilèges, Mrs. McLean in Floyd’s Susannah, and Mrs. Page in Nicolai’s The Merry Wives of Windsor. In 2018, she was a young artist at the Merola Opera Program and participated in the Schwabacher Summer Concerts.

A recipient of numerous competitive honors, she has been distinguished in competition by Classical Singer; the National Opera Association; the National Association of Teachers of Singing, Central Region; and the Presser Foundation. This past summer, she was a Feline Young Artist at Wolf Trap Opera, where she sang the roles of Hippocratine in Gluck’s L'île de Merlin and the Drummer in Ullmann’s Der Kaiser von Atlantis.