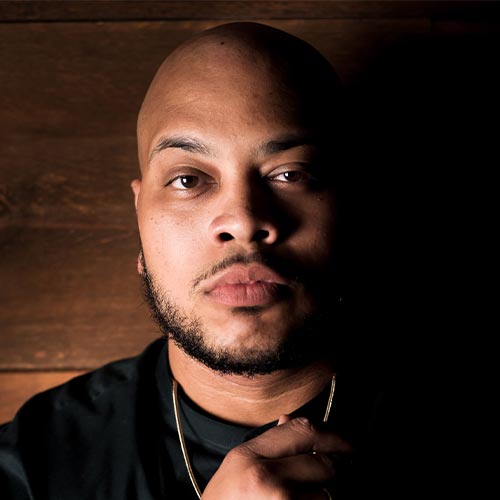 A Waiter in Der Rosenkavalier

Baritone Daniel Rich begins his first year in in the Lindemann Young Artist Development Program this season, covering the Count of Lerma in Don Carlo and appears a Waiter in Der Rosenkavalier. He will also appear as the bass soloist in Beethoven’s Symphony No. 9 with the Alexandria Symphony Orchestra.

In the spring of 2021, he performed in a workshop version of Rhiannon Giddens and Michael Abels’ new opera, Omar, at Spoleto Festival USA. The following season, he returned to the Spoleto Festival for the world premiere of Omar, in which he created the roles of Suleiman, Ben, and John. Other recent operatic roles include Parson Alltalk in Scott Joplin’s Treemonisha with both Trilogy Opera and the Phoenicia Festival of the Voice. On the concert stage, he has performed with Baltimore Musicales, Opera Ebony, and Harlem Opera Theater, among others. He made his Carnegie Hall debut in April 2019 as a soloist in Vaughan-Williams’s Serenade to Music under the baton of Leonard Slatkin. He is a past winner of the Harlem Opera Theater Vocal Competition, the Mario Lanza Institute Vocal Competition, the Opera Ebony Benjamin Matthews Vocal Competition, and the Black Brilliance Art Song Competition.

In addition to his extensive performance experience, he has worked as a musical consultant and choral librarian for music ministries, a public-school teacher, and as an adjunct professor of voice at the University of Maryland. He holds degrees from Morgan State University and Manhattan School of Music, where he was a recipient of the Edgar Foster Daniels Scholarship in Voice.

A Waiter in Der Rosenkavalier, 2023

A Waiter in Der Rosenkavalier