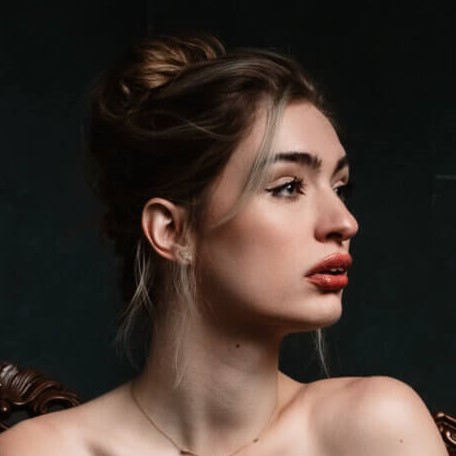 Second year Lindemann Young Artist Sylvia D’Eramo makes her Metropolitan Opera debut this season as Countess Ceprano in Rigoletto. Upcoming engagements include Micaëla in Carmen with Santa Fe Opera in Summer 2022. In Summer 2021, she made her role debut as Mimì in La bohème with the Verbier Festival in Switzerland.

In 2019-20, Ms. D’Eramo joined the Los Angeles Opera as a Domingo-Colburn-Stein Young Artist where she covered Mimì in La bohème and sang Fosforo in Landi’s La morte d’Orfeo. She also made her company and role debut with Lyric Opera Kansas City as Musetta in La bohème.

In 2019, Sylvia returned to Santa Fe Opera as an Apprentice Artist, where she sang Barena in Jenůfa and was a member of the Benenson Young Artist Program at Palm Beach Opera. During the 2018 season, Sylvia joined Santa Fe Opera as an Apprentice Artist, singing Cugina in Madama Butterfly, and performed Gretel in Hänsel und Gretel as well as Pamina in Die Zauberflöte, both with Yale Opera. In concert, she joined the Marvin Concert Series in her home state of Texas for Verdi’s Requiem, and Yale Philharmonia for Beethoven’s Ninth Symphony under the baton of Maestro Marin Alsop.

Sylvia can be heard on Albany Record’s 2017 recording of The Crucible by Robert Ward, singing the role of Abigail Williams. She was a national semi-finalist in the Metropolitan Opera National Council Auditions, a winner in the Lois Alba Aria Competition, the winner of a Career Grant from the Giulio Gari Foundation, and of an encouragement award from the Jensen Foundation.  Sylvia is a graduate of the Yale School of Music.