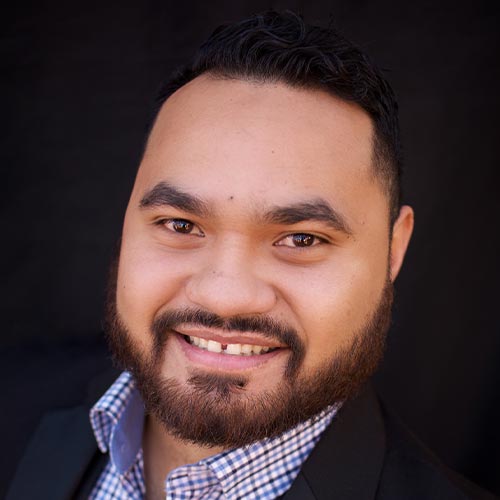 Born in New Zealand, Tongan tenor Manase Latu is entering his second year in the Lindemann Young Artist Development Program. He will make his house debut this season in Mozart’s The Magic Flute and return to the stage in the company premiere of Brett Dean’s Hamlet.

A previous Dame Malvina Major Emerging Artist, he has covered and performed roles such as Spoletta in Puccini’s Tosca, Nemorino in Donizetti’s L’Elisir d’Amore, the Defendant in Gilbert and Sullivan’s Trial by Jury, Parpignol in Puccini’s La Bohème, and Count Almaviva in Rossini’s Il Barbiere di Siviglia, all with New Zealand Opera.

In 2019, he placed first in the Dame Malvina Major Napier Aria Competition and was selected as the 2019 Circle 100 scholarship recipient. Most recently, he won the IFAC Handa Australian Singing Competition, arguably the most prestigious singing competition in Australia.

Other recent accomplishments include being a finalist for the Lexus Song Quest competition and winning the renowned New Zealand Aria Competition, one of the biggest singing competitions in Australasia. In 2017, he was invited to join the Singer Development Program run by the Kiri Te Kanawa Foundation, and he recently pursued his master’s degree in London at the Royal College of Music as a Kiri Scholar under the tutelage of Russell Smythe.