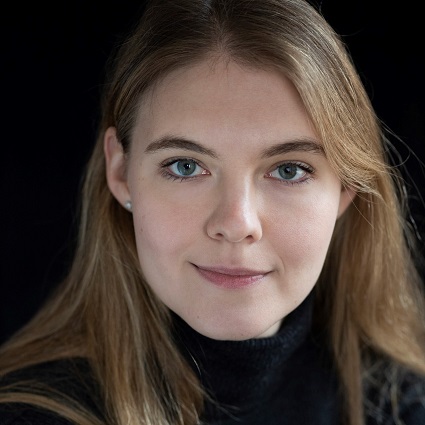 Russian-American Soprano Erika Baikoff is in her second year in the Lindemann Young Artist Development Program. This season at the Met, she sings the roles of Xenia in Mussorgsky’s Boris Godunov (debut), conducted by Sebastian Weigle; and Barbarina in Mozart’s Le Nozze di Figaro, under the musical direction of Yannick Nézet-Séguin. Other engagements this season include Marzelline in Fidelio with North Carolina Opera.

From 2018 to 2020, Erika was a member of the Lyon National Opera Studio, where her roles included Le Feu/ Princesse/ Rossignol in Ravel’s L’Enfant et les Sortilèges and Juliet in Boris Blacher’s Romeo and Juliet. She was also featured as the soprano soloist in Mahler’s 4th Symphony with the Lyon National Opera Orchestra, conducted by Daniele Rustioni. Most recently, she sang the role of Musetta in Puccini’s La Bohème, as part of the Verbier Festival’s Atelier Lyrique. In 2022, she will make her debut at Musikverein Graz as Anna in Verdi’s Nabucco.

Erika holds a Bachelor of Arts in French Studies from Princeton University and a Master of Music from The Guildhall School of Music and Drama.