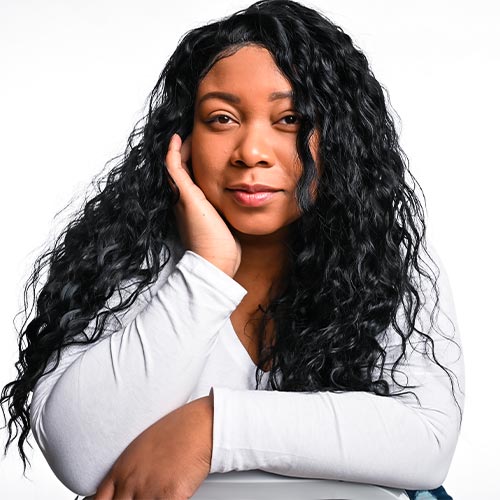 American mezzo-soprano Cierra Byrd is in her second year in the Lindemann Young Artist Development Program. This season, she made her Met debut as Bertha in Fire Shut Up in My Bones. Recently, Ms. Byrd appeared in Mahler's Symphony No.3 with The Baltimore Symphony Orchestra, under the baton of Marin Alsop. Notable accolades include The Wilson Vocal Award, Peabody’s Artist Excellence Award, and The British Art Song Society Competition in London. She is a recent graduate of Peabody Conservatory, from the studio of Margaret Baroody and Denyce Graves.

Recent roles include the Princess in Suor Angelica and Lady Catherine DeBourgh in the stage premiere of Kirke Mechem’s Pride and Prejudice with Peabody Opera Theatre, the Witch in Hansel and Gretel with Opera Saratoga and Manual Cinema, and the Governess in The Queen of Spades with Des Moines Metro Opera.