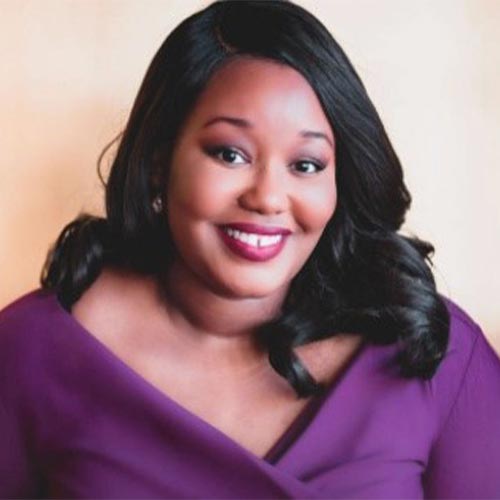 Soprano Amani Cole-Felder returns for her second year in the Lindemann Young Artist Development Program. This season, Amani will make her Met debut as Strawberry Woman in the Gershwins’ Porgy and Bess.

She most recently appeared as Pamina in Mozart’s The Magic Flute with Aspen Opera Theater in summer 2021 as an inaugural Renée Fleming Artist Fellow, under the direction of Renée Fleming and Patrick Summers. In spring 2021, she performed as a guest soloist in Brahms’s Ein Deutsches Requiem and Vaughn Williams’s Serenade to Music with the Capital Singers of Trenton.

In 2019, she covered the role of Giulietta in Bellini’s I Capuleti e i Montecchi at the Chautauqua Institution. While studying at New England Conservatory, she performed the title role of Puccini’s Suor Angelica, the First Lady in Mozart’s Die Zauberflöte, and in scenes from Puccini’s La Bohème, Catán’s Florencia en el Amazonas, and Offenbach’s Les Contes d’Hoffmann. Previous roles include the Countess in Mozart’s Le Nozze di Figaro and Maguelonne in Viardot’s Cendrillon.