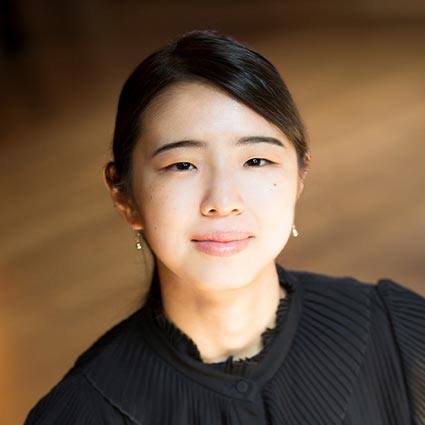 A Japanese collaborative pianist and vocal coach, Yuri Aoki is returning to the Lindemann Young Artist Development Program for the 2020–21 season.

In Japan, she has appeared regularly in recitals with nationally acclaimed singers and has taken part in numerous opera productions. In 2018, she served as répétiteur for the Seiji Ozawa Matsumoto Festival’s production of Gianni Schicchi. She is also a founder of the nonprofit organization Vivid Opera Tokyo, which nurtures young opera audiences in Japan.

She was given her earliest musical education at Hoff-Barthelson Music School in New York. After returning to Japan, she continued her studies at Toho Gakuen School of Music, where she earned bachelor’s and master’s degrees. She received further training as a vocal coach at Gunma Opera Academy “Noura-juku” and at Rome’s Conservatorio Musica di Santa Cecilia.